Our story starts in 1967 with some students from the local school. Simone Indenhoek, who's teaching music at the school, was asked to entertain the public during the yearly proclamation with a performance of her students. Accordion was very popular those days and as result 14 young accordionists performed succesfully for the first time. They enjoyed performing a lot, so Simone and her musicians decided to start a permanent band – the  youth accordion band of Meeuwen (hamlet in Oudsbergen, Limburg - Belgium)  was born. Beside accordion, there were also some mandolines and a drummer. 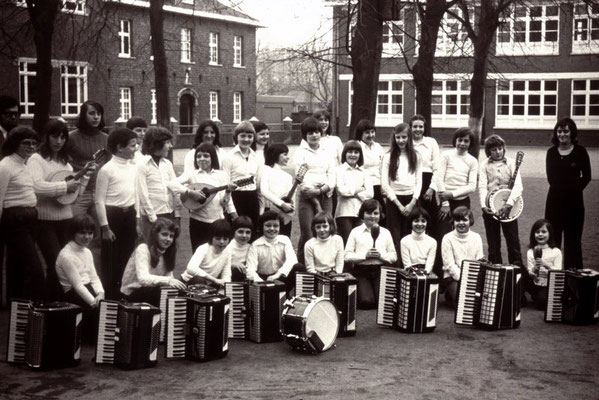 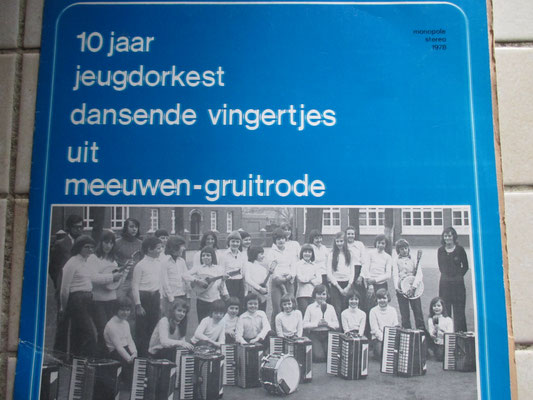 To celebrate the 10th anniversary, the band intended to make a record. Due to the busy schedule of the recording company, the record was finally released in 1978. Since a band should have a proper name on the cover, the orchestra was given it's name – “Dansende Vingertjes”, literly translated "little Dancing Fingers". This became later "Dansende Vingers", so without the "little".

Side note: also the very young children of Simone joined the orchestra in that period. Her son Luc became the later director.

In the eighties, the musical skills improved a lot thanks to the attention to musical details and dynamics of Simone. Also a percussion section of 1 or 2 percusionists was added which helped to sculp the typical sound of the orchestra. The complexity of the music and the skills of the musicians gradually raised to a level that they felt confident enough to enter a music contest.

In 1998 a CD was recorded. Some of the first orchestral arrangements of Luc Papens were recorded on this CD like “Also Sprach Zarathustra”, “Wedding march”, “Hongarian Danse no6”, “Limelight”, “Slave choir Nabucco” and “Theme from North&South”.

To promote the CD, a big show was created in 1998 together with a director. some actors and with special stage lighting.

Luc as conductor and composer

From 2000 onwards, Simone encouraged Luc to take over the baton to practice and learn the art of directing an orchestra. That way,  with Simone as his mentor, Luc got skilled in conducting with sense to musical details.

On a rehearsal in 2004 he suprised everyone when he walked in with a recording from his computer that the band should hear. He composed something... That was the concert piece 'Bluezymotion' which still is the favorite song of the musicians today.

In the mean time he created several compositions for the orchestra, and is intending to create some more!

50TH ANNIVERSARY AND HONOURED WITH THE TITLE ROYAL ASSOCIATION 2017-2018

In 2017 we celebrated  50 years of "Dansende Vingers" and  50 years of directing by founder Simone Indenhoek. That of course inspired us to create a  special show: a party concert called "Celebration"!  As chery on the cake, we were given the honor of Royal association in 2018! 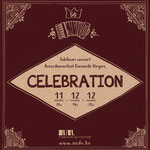